Clogged drains are one of the most common plumbing problems in any home. But they’re also relatively easy to avoid.

And who better to tell you how to avoid them than our very own expert plumbers. So we sat down with Josh, who has been working for Pippin Brothers for 6 1/2 years. Here’s what he had to say about this all-too-common plumbing problem.

Kitchen drains are clogged the most
If you want to avoid a clogged drain, start with the kitchen. People put all kinds of foods down this drain, and it can quickly become a problem if you don’t know what to avoid. The most common causes of a clogged kitchen drain in the Lawton area are:

Only use biodegradable drain cleaners
Your pipes are likely either copper or cast iron under your floor, and the acids in most popular drain cleaners (you know, the one’s you see commercials for on TV) can eat away at your pipes.

Instead, use a drain cleaner that uses bio enzymes (we use one called BioClean) to clean your drains. Just pour it down your drains about once a month to avoid clogs.

Also, don’t put cat hair or large fish down the drain!
Not every clogged drain call is a kitchen sink with a grease clog. Josh said he’s seen some other strange things including:

Be smarter about your drains
So now you know a few things about the drains and clogs. Have any other questions? Ask one of our experts now.

And if you need help clearing a drain in your Lawton-area home, contact Pippin Brothers.

Pippin Brothers Home Services happily services the Greater Lawton, Fort Sill, and Duncan, Oklahoma area. If your house is uncomfortable; wasting energy; has plumbing problems or if you want to avoid breakdowns or verify everything in your home is working as it should, give us call at 580-699-5662. We've already helped many of your neighbors, and would be honored to help you.

Why Clean My Air Ducts? 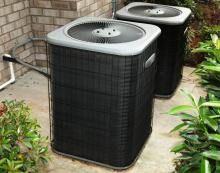